A complex system is a system for which it is difficult, if not impossible to restrict its description to a limited number of parameters or characterising variables without losing its essential global functional properties.

Henceforth, we can say that complexity is a kind of perspective to see a natural system as a complex system. Complexity in natural science seems to be usual nowadays, as they are used as a terminology for approaching the natural phenomena. A truly complex system would be completely irreducible. This means that it would be impossible to derive a model from this system (i.e. a representation simpler than reality) without losing all its relevant properties. However, in reality different levels of complexity obviously exist. If we are interested in situations which are highly structured and governed by stable laws, then it is possible, without loosing too many of the system’s properties, to represent and model the system by simplification.

Thus, the essential question is to know to what extent the properties of the socio-technical systems that we analyse and design fall into one or the other of these situations. In other words, to what extent can we make an abstraction of microscopic interactions in order to understand macroscopic behaviours? In what measure are microscopic interactions linked in a non-reducible way with the laws that govern more structured behaviours? Finally, is it possible to explain the most structured behaviour using rules which control the microscopic behaviour (the principle of emergence)? This last question is important from an epistemological and methodological point of view: if we consider theoretical economy, it can be preferable to generate the structural property of a system using knowledge of its microscopic properties (emergence), rather than suggest its macroscopic properties and only validate them with an analytical process. 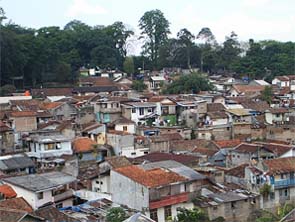 In social sciences, complexity generally still a new. In the evolutionary social sciences, the scientists usually use the qualitative measurements as they can only give some qualitative suggestions in return. More naively, the analysis offered by the social classical analysts are often the way to hand a meta-narratives for the whole social system.

Using complexity as a knife for analysis will give the scientists a weapon not to write down a metanarratives, but to approach the social system as a self-organized localized system. We are not trying to explain the whole social system. But we are trying to see more closely to the social system, a localized social system, that we use the methodology of quantitave sociology. Moreover, we are not trying to give the bondary between sciences anymore as naively usual. But we are standing on the interdisplinary view of sciences. This is not a social sciences an sich, as you will get usual with the Poincare Map, chaos theory, emergences, cellular automata, calculus, Dynamical System, etc. as the method has been usually done for the physical modelling system.

Distributed systems are systems made of a collection of entities (humans, technical systems, insects, etc.) and where decision (control) is totally or partially taken by these entities. Often we refer to agents instead of entities when we simulate the behaviour of real distributed systems by software. Agents are artificial constructs (software based) characterised by internal states and behavioural rules. The stereotypical example of a distributed and complex system would be a colony of ants. Without any central co-ordination (if we suppose that nobody in a social insect colony have such organisational power), the colony will behave in a very coherent way over centuries. Such colonies can also show complex social reorganisation in periods of difficulties. Structural flexibility, fast reaction to external environment changes, robustness looks to be the positive consequences of distributed systems.

Like neural networks, distributed system are in many ways conceptually different from the traditional structural approach which suppose the pre-existence of a general structure. Distributed system theory starts from the analysis of local interactions, formalise the relationship between individual agents and their environment or other agents in its vicinity. Then, through the simulation of this interaction, the model can computationally generate global behaviour. It is a pure bottom up process by opposition to the classical analytic approach which make hypothesis about the global structure (or invariant) of the system and then try to validate with a top down procedure. Thus, distributed agents encode and react to the outside world without any global view of the system and without any central co-ordination. The global behaviour and functionality of the system emerge from the local interactions. Local learning rules allow individual adaptation to the environment resulting in better global behaviour.

The paradigm of distributed agents has been extensively used recently in many domains such as ethology, economics, population behaviour, politics, emotions, disease transmission, etc. in order to understand better the dynamic of these systems but surprisingly has seldom been applied to cognitive sciences. If a system is capable of self organisation, its functions evolve over time so that they can respond better to the requests of its environment. In this sense, a complex self-organised system cannot be described as structurally stable.

How does complexity see? §

Complexity saw the system as a large difficult system. We will get use to see the system as whole and see the main emergent phenomena of the system. Emergence is one of the characteristics of a complex system and has become such a important idea in complex systems that perhaps it deserves a special mention.

Emergence is the process of deriving some new and coherent structures, patterns and properties in a complex system. Emergent phenomena occur due to the pattern of interactions (non-linear and distributed) between the elements of the system over time. One of the main points about emergent phenomena is that they are observable at a macro-level, even though they are generated by micro-level elements.

It is often very difficult to determine the boundaries of a complex system. The boundary is based on the observer’s needs, the actors and the context, rather than on any intrinsic property of the system itself.

What can we do with complexity? §

So many things we can do with the complexity. In complexity we will see the network of a system as an automata. We will approach the system by the agents that build the whole system (agent based modelling). From a complex systems point of view we can see the use of autonomous interacting agents (codelets), feedback mechanism (temperature), self-organisation (and the emergence of plausible solutions), and adaptation (the transition between different modes of processing), the distributed nature of information and representation (in the slipnet), etc. We will no longer use the old one methods of statistical analysis, but we will improve the our understanding about a system with no-limit perspectives. Nevertheless, the boundary is only come out from the scientists, not from the system to be approached. 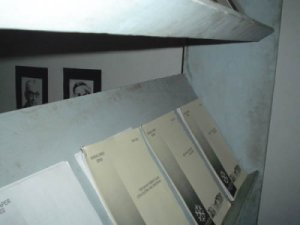 Indonesia is a kind of nation to be absent in the evolution of sciences, especially social sciences. But Indonesia is still a place where human being interacts each other with abilities to analyze themselves..

The classical sociological analysis is often used as tool to analyze social problems in Indonesia, a contrast to the understanding that see social system as local and unique through places to places - social sciences shall be spatio-temporal in the birth of analysis.

By realizing this, we use the approach of complexity sciences to view the social system in Indonesia, the unique interacting people, the specific social system management, sustainable developments, the community developments, in natural resources site like mining site, factories, industries including home industries, rural people, stock market, system of general elections, etc. We give the whole sociological suggestions quantitatively and qualitatively as tight as possible, as wide as possible. Social sciences certainly are not a rethoric at all, but sciences with tight methodology and perspectives.

Dare to take the challenge?