The institute was built in the spirit of scientific endeavors for sharpening the society and public policy making in Indonesia. Declared in October 20th, 2002, the institute was established by those from people with many backgrounds of study and scrutinize being bounded with the same perspective about the complex nature of social life, especially in Indonesia. Beginning with three researchers with three personals supporting researches, the institutes grew with three research departments, the Dept. Cognitive Science, Dept. Computational Sociology, and Dept. Dynamical System Modelling. Some notable Indonesian seniors were noted to support the institutes in the beginning of the research activities, like Yohanes Surya, Saswinadi Sasmodjo, and the late Utomo Danandjaja.

The research activities in the institute has expanded with the joining junior researchers doing internship later side by side with the researchers. Not all internship processes were smooth with new associate researchers, for only some of those research interns were eventually passing the whole research processes and standing out with research findings, discoveries, as reflected by the acceptance of research proposals, reports, and working papers. The institute is now enriched with the additional of interns becoming full researchers and the long story has brought new domain of scientific studies, the establishment of Dept. Evolutionary Economics since 2009.

The collaborative research works under the title of econophysics was held with the supervision of physicist Yohanes Surya, the pioneer of econophysics in Indonesia who chaired the International Conference of Econophyics in Bali, 2002. Later, Surya Research International (SRI) as the face of the institute for commercial consultative services was established for expansion of working domains of research. The latter has made lines of implementation works of research in many working partnership with many private sectors and consultative works with the governmental institutions, for instance the Indonesian Stock Market, Indonesian Financial Services Authority, Indonesian Corruption Eradication Commission, the State Intelligence Agency, Indonesian Army, along with some government ministries, e.g.: Ministry of Research and Technology, Ministry of Culture and Education, Ministry of Finance, Ministry of Trade, the Presidential Staff Office, Indonesian Science Institutions, and others.

Since the beginning of the institute, the relations to public were made by the publication of Buletin BFI, an Indonesian periodicals sharing lines of research for popular readers. The Journal of Social Complexity was also published with Board of Editorials coming from the Board of Science of the institute, which also sometimes inviting external researchers for refereeing process of the manuscripts. In 2005, the journal was asked to published some selected manuscripts from the Conference of the European Economic Science Association with special themes of Economic Experiments and Simulations. Due to the trend of online publications and communications, both publications were hit readers only in online media.

The demand of data from the research works on the complexity of Indonesian culture has made the institute to initiate the Online Open Digital Library of Indonesian Traditional Culture calling public participation to submit data. This actually the first initiative in Indonesia, and has grown into local communities contributing and celebrating Indonesian cultural diversities. The Sobat Budaya Foundation was built to manage the communities and the products of research related to Indonesian cultural heritage since 2015, with the president of the institute, Hokky Situngkir, chaired the Board of Advisers. 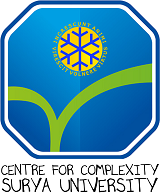 By the same time, the BFI Technologies was also established to expand more data-mining processes enriching many aspects of research within the institute. The latter has realized the great abundance of data managed by the institute. The trend of Data Science has urged for new and faster channel to communicate research on data. The online publication of the first Indonesian Data Science Journalism was delivered under the tagline “BFI News” since then.

The establishment of the Surya University, as the first Indonesian research-based university in 2013, has made the institute to join into the Center for Complexity Studies in Surya University. This step has made greater opportunities for interdisciplinary studies across the borders of sciences along with other research centers within the university.

History is more to come…